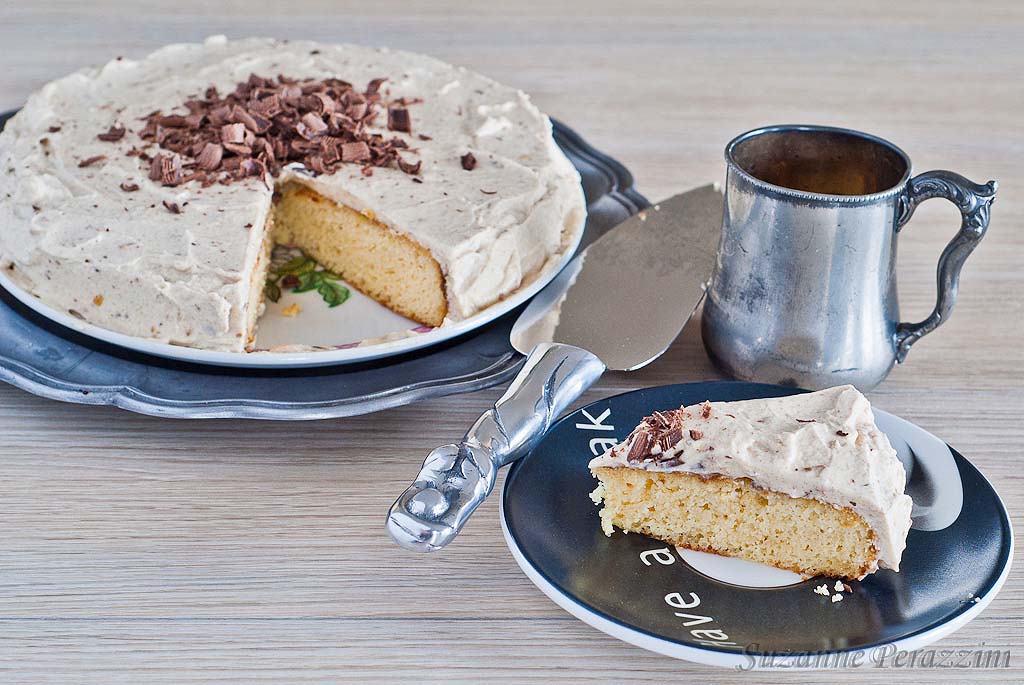 I belong to a Facebook group of wonderful women with food blogs and one of them, Carol Lovett, has written an e-book of grain-free desserts called Indulge. I offered to try a couple of recipes and this is the first one. I couldn’t be more pleased with the result. It was easy to prepare and even easier to eat. It is light and a great basic for various different flavours and desserts. This could be the cake part of a trifle for example or the base of lamingtons.

I decided to frost it with the coconut topping I have used before on my Banana Strawberry Muffins.  Coconut cream whips up exactly like whipped cream and can be used as a substitute. Coconut is a healthy fat as long as it has not been hydrogenated but don’t buy it in a can because  BPA (Bisphenol-A) is used in the can lining. BPA especially leaches into canned foods that are acidic, salty or fatty, such as coconut milk, tomatoes, soup, and vegetables. BPA is not a good thing to have running around in your body so buy all coconut products like oil, milk or cream in cartons or jars.

Anyway, I am getting sidetracked from this recipe. I love it because it tastes exactly like a cake made from normal flour and so I am now convinced that I will be able to be grain and sugar-free and still eat sweet treats. This cake could stay out of the fridge but I have kept it in the fridge because of the topping. I know it is equally good in or out because, see that cut piece of cake in the the photo, well, I ate it straight after the photo shoot before putting it in the fridge.

I have gone through the rest of the 70 cakes, cookies, slices etc. in the cookbook and they look super indulgent, just like the name of the book – Indulge. She also spends some time explaining the various ingredients you will need to make these recipes in a simple way, which has been very helpful for me. I will be sharing at least a couple more with you soon but meanwhile if you want to buy Carol’s book, you can and I would advise anyone who wants to try grain-free to at least have a look. Go to Carol’s blog Ditch The Wheat and scroll to the bottom of the page to see her cookbook.  Click here to visit Ditch The Wheat.