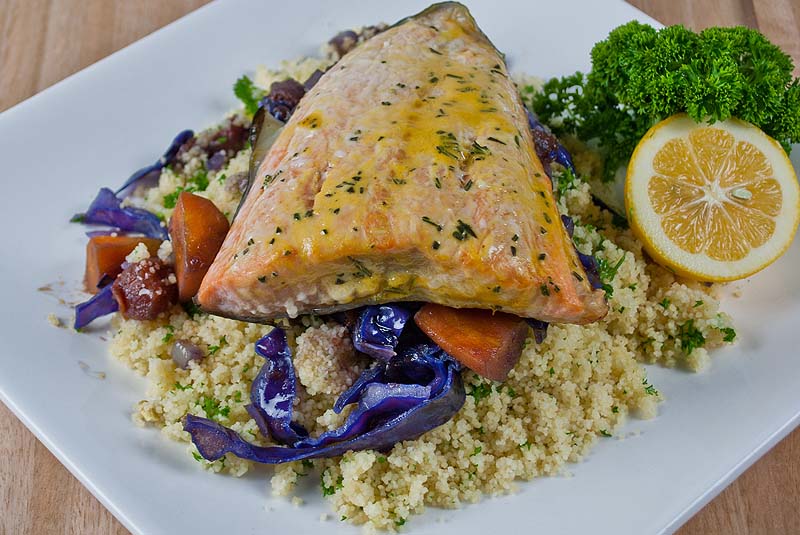 This meal has once again thrown me back to a trip I took with Adriano – our very first holiday together. We went to London, which was horrendously expensive in the middle of summer and we rapidly ran out of money so after sleeping in some uncomfortable dives, we realised we had just enough for one more night and decided to spend it in Paris. We caught the ferry and train across to the city of love to stay in another rather suspect lodging. The next day, the train was leaving for Torino, where we lived, in the early afternoon so we tootled off to a Moroccan restaurant to eat a meal of couscous and drank the last of our money in wine.

Merry as a couple of jungle monkeys, we looked at our watches and jumped up in horror – the train was about to depart. We set off at a flat run, laughing ourselves silly in a fog of alcohol-induced merriment at our unco-ordinated efforts to get any speed up with our packs slapping around behind us. We puffed into the train station to see the train slowly easing its way off down the platform, heading for Torino. We had no money for another night in Paris so we urged our legs to obey and took off after the train, which was gathering speed. Somehow we managed to pull up alongside a door and threw ourselves on board. This was no action hero leaping aboard a moving train in the movies. We landed in an ungainly heap, tangled up with our packs.

We eventually struggled to our feet and tumbled into the carriage. After walking the length of the train, we realised that it was completely full and settled down on the ground outside the toilet for the 6 hour trip home. Another holiday never to be forgotten.

We eat a lot of couscous and there are a myriad of different recipes, all as tasty as each other. I had some salmon left over from last night’s dinner so threw that on top for a well-rounded meal. 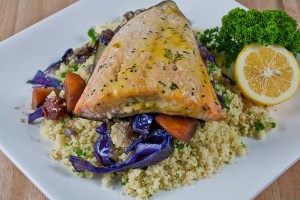