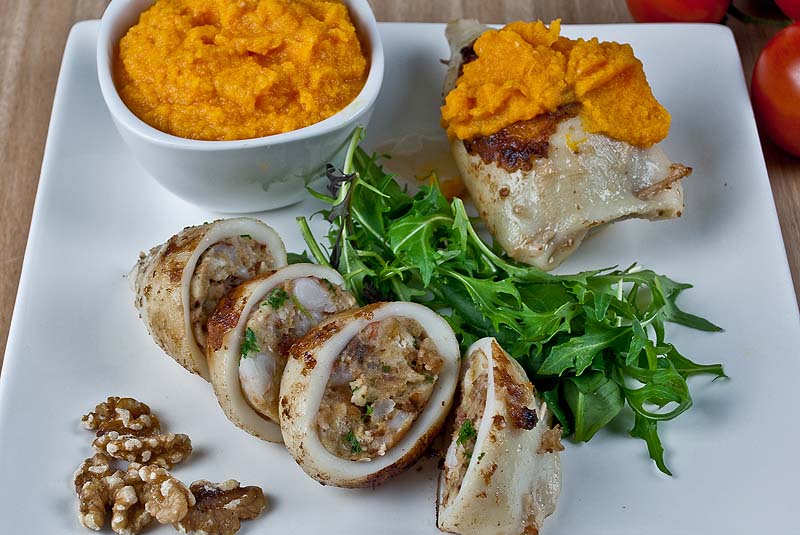 Adriano cooked this dish. It is a classic Italian dish with the addition of walnuts for a  bit of crunch. He also made a tomato/carrot puree to accompany it. He’s useful to have around.

I have probably mentioned before that my parents owned a seafood processing factory after we left the farm when I was ten. During my teens I worked there in the school holidays and loved it. it made me feel like an adult. I worked in the production lines either processing wet fish or crayfish. I met a lot of colourful characters there and no more so than Sam. It’s a while ago now and I can’t remember if he was Tongan or Maori but I do remember his quirkiness. One day he arrived at work wearing glasses and assured us that he now needed them. Later in the day I watched him rub his eye through where the lens should have been. Yes, no lenses. He explained that he was sure he could see better with them on.

Sam was always short of money but one day he told us he had bought a car. We were rather surprised and asked why he hadn’t driven it to work. He said he had. We looked out the window but only our cars sat out there. “Where is it?” we asked. He smiled and walked away. A week or so later, his flatmate, who also worked in the factory, explained the situation. Sam had brought a wreck for a few dollars and had it delivered to their front garden where it sat in all its awful glory. Each morning he got ready for work and went out and sat in the car, grabbed the steering wheel and put his foot on the accelerator and imagined he was driving to work. Then he got out and walked.

For a while I worked on our shortest production line with Sam. He packed sprats into plastic bags for cat food and I sealed them with a heat machine. One evening, Sam had had a little too much liquid refreshment and got himself into a touch of strife with the officers of the law. He told me the next day that they had asked what his job was and he had had to think long and hard and then answered, “I’m a cat sprat packer.” Apparently the officer took it in his stride. But it did give me pause for thought – I was a cat sprat packer too.

That was many years ago. I wonder what happened to him or if he ever did acquire a working vehicle. Wherever he is, he probably needs glasses for real now. 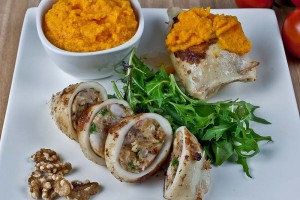