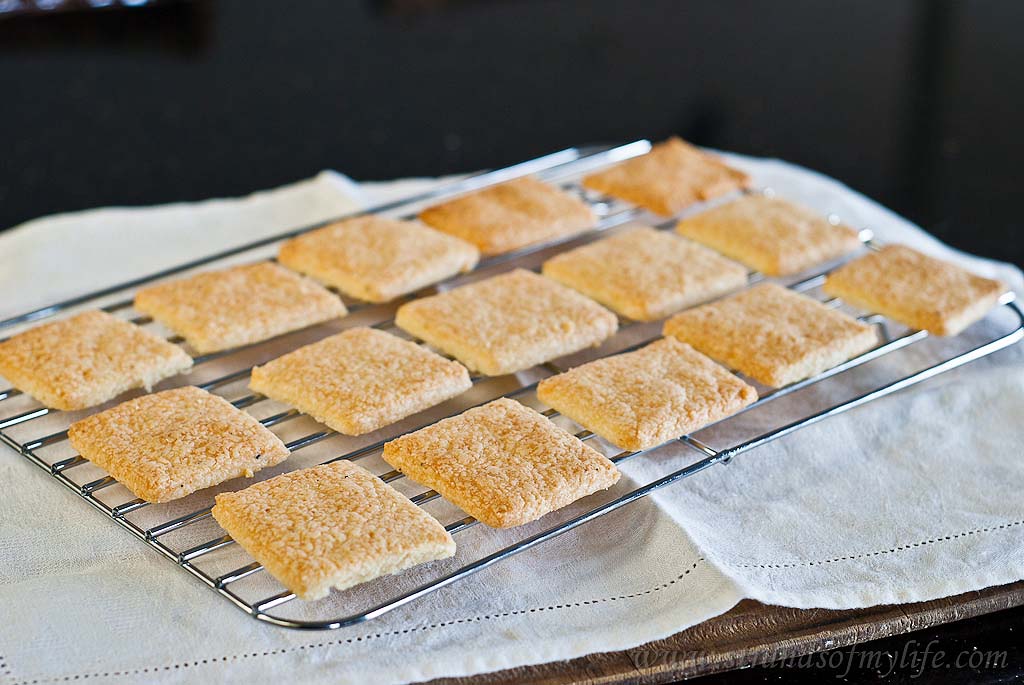 I found this recipe for crackers at the blog, Kumquat, but I changed a couple of things. I didn’t add the whey protein – mainly because I don’t know what it is – and also I used half Parmesan and half mozzarella instead of only Parmesan so they wouldn’t be quite so strong and, in fact, they were just right for me. The starch is 50% tapioca flour and 50% almond flour so a few crackers don’t constitute too many nuts.  I took these gluten-free crackers on my monthly visit to see my eighty plus year-old Uncle Joe. He always supplies a bottle of wine and my sister, who accompanies me, usually supplies some homemade cheese.

I have two living uncles – Joe and Jock, my mother’s brothers. They are both in their eighties and both have the courage of lions and the daring spirit of Indiana Jones. Joe is about to once again visit his brother who lives in Zambia and who is Zambia’s oldest pilot. Jock flew for Tshombe in the war of the breakaway state of Katanga against the central Congolese government in the 1960s and then subsequently for the central Congolese government against the Chinese backed Simba revolt. In the 1950s, Joe, a civil engineer, climbed in the mighty mountains of the Himalayas and explored some of the more challenging areas of New Zealand.

I love our visits to see him because he is knowledgeable and interesting. It always seems a shame to me when people with such rich histories past on with only our memories of them to keep them alive. Fortunately, my Uncle Joe  has written down some of his adventures but Uncle Jock has not done the same and his past is incredible. As one of his friends once said, he has lived several more lifetimes than any of us have. When I visited him a decade ago, I  asked many questions and listened to him long into the nights and, with all the various stories, created my novel, Merciless Truth, which is set during the Katangese War in the 1960s. My main characters are a mercenary pilot and an English journalist. In some small way, I feel I have preserved something of his past even though the main character is in no way based on him. Through my conversations with him and extensive research of the period and the events that took place, I have tried to stay as true as possible to what happened. It has only 5-star reviews on Amazon so I guess people are enjoying it.